This Veteran’s Day, there are two small stories I would like to share with you. Before I do though, it’s important to note that before this was Veteran’s Day, it was called “Armistice Day”. It marks the 11th hour of the 11th day of the 11th month in 1918. A day that there was a temporary cessation of hostilities declared between the Allies and Germany during World War I (then known as “The Great War”).

Although in this article I am specifically mentioning American Veterans, it is very important that we acknowledge not only our American Veterans but the veterans of all countries who have fought for and continue to fight for the future peace of our children and all of those who will lead this world long after we have gone.

In this first memory, I am four years old, sitting on my grandpa Stadtlander’s lap. I am unencumbered by what other’s think of him, I don’t know his past nor do I care at this age. He is wearing denim overalls with maybe a dozen pockets in them.  He smells like an old cigar and turpentine. He’s talking to someone, perhaps grandma, perhaps Dad, I can’t recall. I remember being obsessed with all these little tools he had in his pockets. Pulling out carpenter pencils, and putting them back in. Pulling out a ruler here, a measuring tape there, a file, and then putting them back where I found them. I remember looking up at his weathered face as he smiled at me and I remember hugging him and I remember his big arms hugging me back. 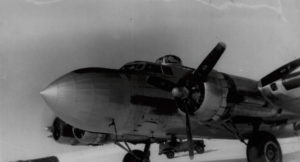 Years later I found out that grandpa was an aircraft mechanic and a belly gunner (someone who sits in the machine gun pod on the underside of the aircraft) on a B17 Flying Fortress during World War 2. He was stationed in Labrador near the arctic circle where he served along-side his identical twin brother.

Grandpa passed away 40 years ago (almost to the day). I’d like to say I miss him, but I don’t really remember him very much. I do wish I had gotten to know him better. 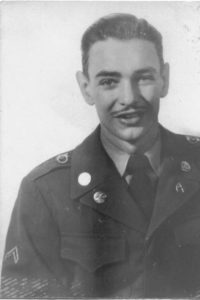 My maternal grandfather, Virgil is a completely different story. I have so many memories with him that I treasure, that to pick out a single one would do all the other memories injustice. He is my grandfather, my best friend, and my hero.

I have had the honor of putting together a movie of his life and in the process have learned all about his service as a Korean War veteran. He has told me stories about being stationed in Soel and Fort Carson, Colorado. This has also encouraged me to research more on World War I, World War II, the Korean War, and the Vietnam War. Grandpa turned ninety years old this year and I treasure every day that I am blessed to have him around.

Veteran’s Day to me is a family affair. I am proud to have two grandfathers, several great-uncles and MANY dear friends that I have grown up with that have helped to make our country a better place.

I have traveled all over the world and every country I visit, every person I meet outside of the U.S., continually makes realize what a great country we have (despite some of our leadership). Seeing the way many people live… I do wish we could make our country, their country. Yes, we have (a LOT of) problems, all countries do. We are all human, and it’s important to know that without our humanity, there is no country worth living in. It is human lives that have been given and I have the highest respect for everyone out there that has fought for and continues to defend our country.

Thank you to both of my grandpas, Joe and Virgil, to my Uncles Harold and George, to my friends Chris, Joyce, Torrey, Howard (RIP), Bernardo, Dave, Jessica, and probably two dozen other names that are just not popping into my head right now. To all of you, who have served and continue to serve to make this country the type of place that I want my children and my children’s children to grow up in.